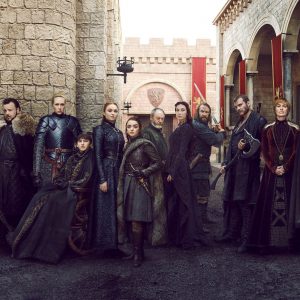 The War is Over! The Night King is Defeated! The Iron Throne as been Decimated!

Well done to the winner, Alison, with 23 points out of a possible 35!

Only one of the 45 entries thought Bran would end up as the King of the 6 Kingdoms.

We had 10 people who thought Arya would kill the Night King. A couple cheeky heads in there thought they’d hedge their bets by saying no-one!

There were also 2 entries with no name, so they aren’t in the results below!